There is now an abrupt climate change taking place

How climate change favors the onset of winter

Double-digit minus degrees at noon in Dresden, over 80 centimeters of snow in the central German lowlands - "because of climate change" is currently heard and read again and again. "Where is climate change when you need it?" - just one example of many on Twitter. The implied conclusion: It is currently very cold here - man-made global warming cannot even exist.

But this assumption is wrong in several ways. The effects of global warming may even have favored the onset of winter in Germany.

1. The causes of the current cold

The current freezing temperatures and heavy snowfalls are much more than just another "real winter". They were created by the collapse of the so-called polar vortex at the North Pole. It forms there in winter from particularly cold air in the high layers of air, the stratosphere. 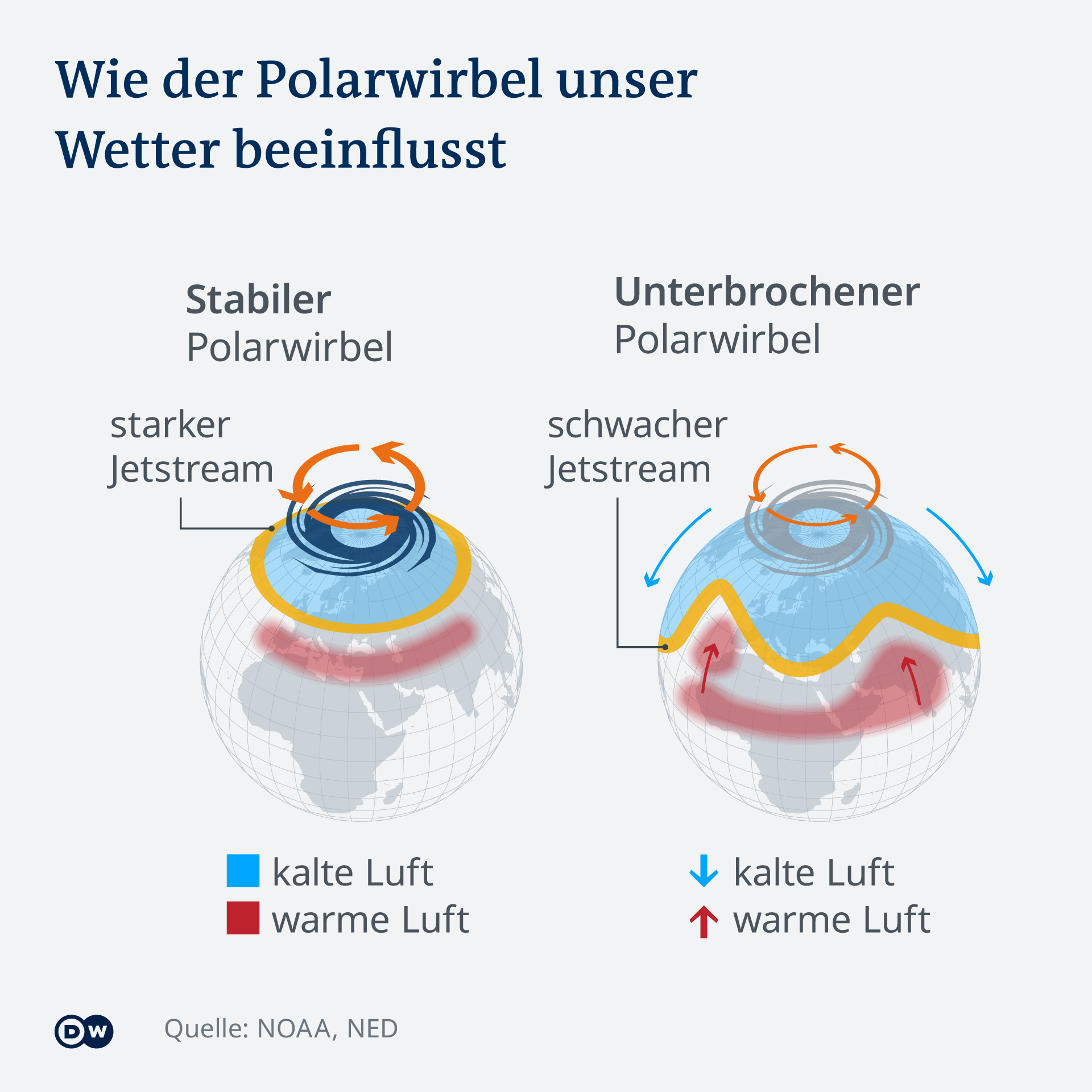 The polar vortex is closely connected to the jet stream, a strong wind band around ten kilometers above sea level. In the area of ​​the polar front it flows between warm air masses from the tropics and subtropics as well as cold polar air. In the deeper layers of the air, high and low pressure areas form in this transition area, such as the Iceland low known from the weather report or the Azores high.

The jet stream usually determines the winter weather in Europe: If it flows strongly and from west to east, it brings mild, windy and rainy weather from the Atlantic and holds the cold air of the Arctic.

But if the jet stream is weak and wavy, the polar vortex also becomes weak or collapses completely. And then the cold air from the Arctic can penetrate very far south. The current winter weather is the effect of a weak jet stream, more precisely: a dent in the jet stream. The result: a particularly strong and long-lasting collapse of the polar vortex, and icy temperatures far to the south.

2. What climate change has to do with winter weather

This is where the disproportionate warming of the Arctic comes into play, explains Stefan Rahmstorf, Head of the Earth System Analysis Research Department at the Potsdam Institute for Climate Impact Research (PIK). According to Rahmstorf, temperatures in the Arctic have risen almost three times as much as the global average in the past 40 years. "And these changes in the Arctic affect the weather in Europe." 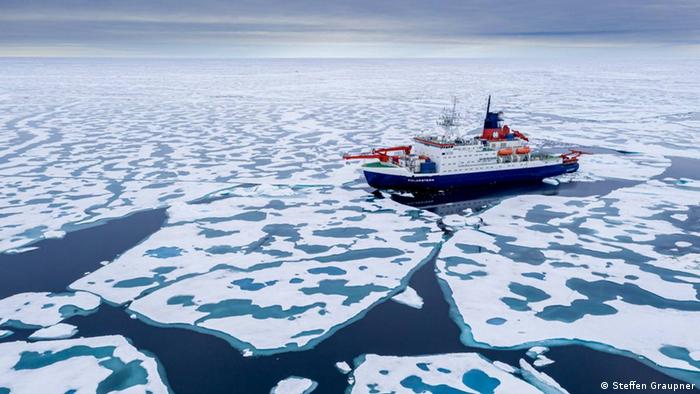 The Arctic is warming up enormously: On the way to the North Pole, the researchers on board the AWI's icebreaker "Polarstern" found surprisingly weak sea ice in August 2020 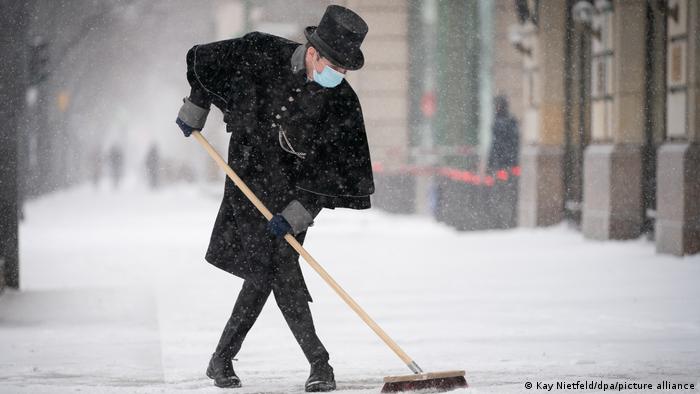 What happens in the Arctic influences our weather, like here in Berlin

Arctic warming is particularly strong in winter, says Dörthe Handorf. She is researching the physics of the atmosphere at the Alfred Wegener Institute of the Helmholtz Center for Polar and Marine Research (AWI). "The arctic warming, as many studies show, makes the jet stream weaker," said Handorf. The wind power begins to "fray" - to meander, as it is called in science. As a result, this could lead to the dents described, the effects of which we are currently feeling in Germany.

3. Is winter getting colder in Europe?

Not necessarily. On the one hand, the outbreaks of cold air can vary in strength. On the other hand, it is not just the Arctic that is warming. There is also strong warming over the subtropics, which also has an impact on the jet stream, explains Handorf. While arctic warming tends to direct the jet stream south and could cause cold spells in Europe, subtropical warming tends to direct the flow band north. If that is the case, the winter weather in Europe will be milder.

Which warming tendencies will predominate in the future, i.e. which will influence the jet stream, and with it the winter weather in Europe, cannot yet be clearly predicted with the model calculations for climate development, according to Handorf.

4. Why climate change and snow are not mutually exclusive

First of all: The fact that there is currently so much snow in the lowlands is a very rare condition. For it to occur, warm, moist air must meet very cold air. However, the air is rarely very cold over the plains in Western Europe.

But that was exactly the case in northern and central Germany. The high pressure area of ​​Gisela brought large amounts of arctic cold air with it. In the middle of Germany, Gisela met the two low pressure areas Tristan and Reinhard, who had warm sea air in their luggage. The result: a lot of snow.

Because: the warmer the air, the more moisture it can absorb and transport. And now global warming comes into play again: If the air masses become warmer on average, they can transport more moisture. And this moisture can turn into snow in winter wherever it is cold - usually at higher altitudes. 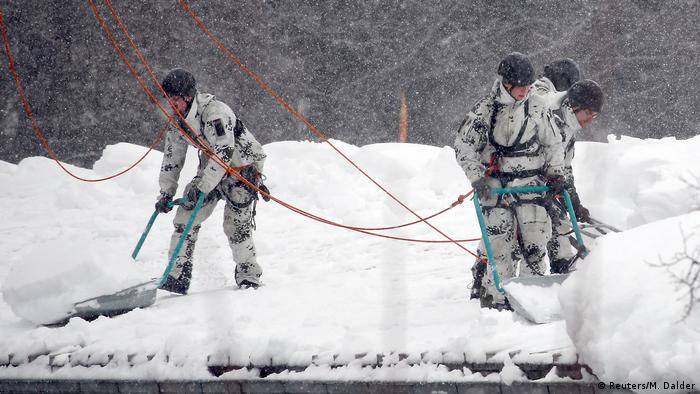 In January 2019, it snowed so heavily in Bischofswiesen that the Bundeswehr had to move out to clear the snow from the houses

The massive snowfalls in the Alps in winter 2019 were triggered by unusually humid and warm air masses. At that time, reports Peter Hoffmann, meteorologist at PIK, the oceans were still quite warm even in winter due to the long, hot summer, and a correspondingly large amount of water evaporated. Transported by the air currents to the Alps, an enormous amount of wet snow fell there in the heights, causing chaos on the streets and an increased risk of avalanches.

Time and again, regional weather data seem to be inconsistent with the scientifically proven global warming. This regularly creates confusion and false assumptions.

In fact, global warming does not have an effect everywhere and not always in more local heat. In the past 20 years, for example, the winters in many areas of the temperate latitudes were on average not much warmer than the long-term average, says meteorologist Handorf from the AWI.

The current minus degrees will also affect the temperature statistics for the German winter 2020/2021. But, on the one hand, the current frost, as described, is due to an unusually large dent in the jet stream, i.e. to a very special climate event that is favored by climate change. And even if February is particularly cold this year, January before that - compared to the long-term average - may have been significantly too warm.

"Although we do not always see warming regionally or locally, we have no indications that global warming is weakening, on the contrary," sums up Handorf.

And the summer? Here, too, the changed jet stream has an impact, says the physicist. "There are studies that show that we also have a more meandering jet stream in summer. And these meanders, i.e. these bulges, tend to remain more stationary." In other words: Just like a cold spell in winter, the heat can last for an unusually long time in summer.

If hot Saharan air reaches Europe through the jet stream, for example in June 2019, a long heat wave can be the result. In such heat periods it seems obvious to many that the climate crisis has arrived on their own doorstep - but in fact it also takes place when it is snowing.