Led Zeppelin didn't steal the intro to "Stairway to Heaven"

"Stairway to Heaven" is one of the most famous songs in rock history - also and perhaps precisely because of the melancholy guitar run that introduces the eight-minute piece. A US appeals court in San Francisco on Monday (March 9th, 2020) upheld the jury's verdict from 2016. The claims that Robert Plant and Jimmy Page had used the song "Taurus" by Spirit were wrong, the jury decided at the time.

The process was reopened in 2018 because of a formal error - at that time, sound recordings were not permitted in court as evidence - only the scores. If the jury had heard the two songs at the time, the verdict would have been different, the plaintiffs had hoped. But the judges in San Francisco have now rejected this, it was about the composition and not the recording, it said.

The singer and guitarist of Spirit, Randolph Wolfe aka Randy California, wrote the piece in 1967. In 1997 he died in a swimming accident. In 2014, his heirs filed a lawsuit through a trustee for alleged plagiarism. Page and Plant had vehemently denied the theft in court: The elements that the Led Zeppelin song had in common with Taurus were common chords that had been used in Western music for centuries. It was said in the run-up to the trial that they didn't even know the song. 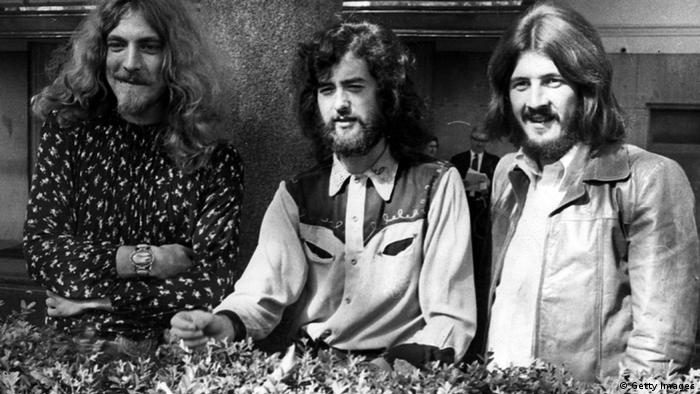 This is how Led Zeppelin was known in the 1970s. Left to right: Robert Plant, Jimmy Page and John Bonham

Whether this is true remains a secret to Plants and Pages. Led Zeppelin and Spirit played several times at the same festivals in the late 1960s, and in 1968 Led Zeppelin is said to have even appeared as the opening act for Spirit in Denver. Wolfe himself had recognized similarities during his lifetime, but never filed a lawsuit. In an interview shortly before his death he said: "When you hear both songs, everyone can make their own judgment. They are the same."

Is it all just moneymaking?

In the event of success, Wolfes heirs would have received a million dollar windfall: "Stairway To Heaven" is said to have brought in around 500 million dollars so far. It is definitely profitable to participate in the royalties retrospectively. Wolfes heirs denied any improper intention that they were only concerned with the recognition of Wolf as the author of one of the most famous rock songs in the world. But how similar are the two pieces really? Guitarist Chris Harrington demonstrates it in a short video.

With the instrumental song "Taurus" by Spirit, the aforementioned guitar riff can be heard for six bars. The high notes are missing - with Led Zeppelin an ascending melody sounds parallel to the descending bass line.

It is common practice in classical music and pop history to use minor chords in this way. So is the use of such a means of composition stealing? If that were the case, every blues scheme played would have to be checked for copyright infringements.

According to media reports, the plaintiff's attorney announced that he would examine whether he would challenge the judgment of the appellate court. If he doesn't, Robert Plant (71) and Jimmy Page (76) can retire with peace of mind.

This is an expanded version of an earlier article.