What do we understand about memory

Remember in Germany
What does memory actually mean? - A conversation with Aleida Assmann

In German a distinction is made between memory and memory. While the former means reflecting on and exchanging personal experiences with regard to culture and history that can be shared with others, the latter means a program for the self-bonding of larger “we” groups, such as the various rituals with which nations relate their past keep alive. A definition by Aleida Assmann.

Professor Assmann, you have made a name for yourself as an authority on memory research. How did you get into it as an English and literary scholar?

My interest in the importance of cultural memory originally came from questions about culture and its media. In the 1980s we witnessed digitization and with it a profound media revolution in writing. How does a culture's memory change when it switches to a new medium? At the same time, the "collective silence" phase ended in Germany. In a dense series of anniversaries and public debates, the Nazi past and the Holocaust returned to public awareness.

Social, collective and cultural memory, remembering and forgetting, suppressing and concealing, selecting and bending - these are just a few of the terms with which you theoretically juggle. Could you briefly explain to us how, as an individual and as a society, one participates in all these forms of memory in practice? 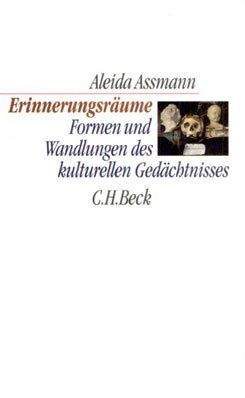 © C. H. Beck The new research on memory began with the insight that not only individuals remember, but also groups, societies and nations. Remembering and forgetting were recognized as an important aspect of both social coexistence and politics. As many national commemorative events testify, remembrance of their shared history also plays a major role in determining the political affiliation of those born later. While the individual memory is tied to the short period of a human life and passes with it, the cross-generational long-term cultural memory is supported by media, institutions and rites. A similar logic of remembering applies to individuals as well as collectives: one emphasizes the events that enhance one's own person and ignores everything that could call into question a positive self-image.

In your opinion, the transition into the 21st century marked an epochal change in terms of the culture of remembrance. Looking back over the past decade, can you explain where changes have made themselves felt?

An important shift in the logic of memory resulted from the fact that not only heroic deeds were capitalized, but also individual suffering was given space and crimes were remembered that one would have preferred to cover up. The retrospective recognition of crimes and trauma has become an important factor that is fundamentally changing the memory landscape around the world.

Now the Germans, with their excessive tendency to come to terms with the Nazi past, are seen by many as “world champions of remembrance”. Could the world recover from the German being if it would take an example from us in this regard?

Experience has shown that states do not allow others to dictate what and how to remember. One can reach this point less through regulations than through examples and role models. The German model consists in turning the self-exalting logic of remembering on its head and placing one's own guilt at the center of national memory. The confession of national guilt does not mean, as many fear, a defilement of the collective self-image, but creates the possibility of a change of identity, in that a nation expressly distances itself from the crimes of its own history and confesses to civil society values.

As far as the GDR past is concerned, on the other hand, “Ostalgie” prevails. How does this strange discrepancy come about? 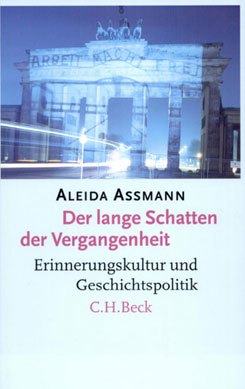 © C. H. Beck We are dealing with a discrepancy between social and political memory. While the GDR is today officially condemned as an injustice state, it lives on in people's memories as an important phase of their own biography and identity. The abrupt and blanket devaluation of half or a whole lived life leads to memory resistance, which we call "Ostalgie".

Aleida Assmann, Born in 1947, studied English and Egyptology. In 1993 she was appointed to the chair for English and General Literature at the University of Konstanz, where she focuses on memory research in cultural studies.

Publications by Aleida Assmann on the topic: