Can ketamine infusions help with ADHD

Ketamine as an antidepressant

Ketamine is a drug that is usually used in human and veterinary medicine for anesthesia and analgesia (for example in emergency medicine or during operations). In addition, ketamine is also used as an intoxicant (known there as Special K, Kate or Vitamin K known)[3] used.

Depression is a particularly common secondary disorder in up to 40% of ADHD sufferers and has significant negative effects on ADHD symptoms, which is why the therapy of depression is often the focus of multimodal ADHD treatment. Especially in the case of acute suicidality, ketamine can be a quick and effective alternative treatment to the drugs available to date.[9][10]

The glutamate-NMDA receptor complex is known for ketamine as a site of action. As an important neurotransmitter of the central nervous system, glutamic acid causes an influx of calcium, which is responsible for numerous intracellular processes. By preventing the NMDA receptor-dependent acetylcholine release, ketamine influences the cholinergic system, also inhibits other glutamate receptors, has a weak agonistic effect on opioid receptors and modulates and activates certain receptors on the GABAA receptor.[11]

In addition, ketamine acts as a peripheral reuptake inhibitor of norepinephrine and dopamine at the synaptic endplate, accompanied by intensification of endogenous and exogenous catecholamine effects.

In some studies, ketamine has been shown to have clear and rapid antidepressant effects. Since conventional, antidepressant drugs take a few weeks to take effect, ketamine could play an important role in the future, especially in the treatment of patients who are acutely suicidal.

Due to the high number of patients who do not react or react insufficiently to the commonly prescribed groups of antidepressants (non-responders)[12], ketamine could also play an important role in the accompanying treatment of therapy-resistant major depression.

First results on effectiveness in depression 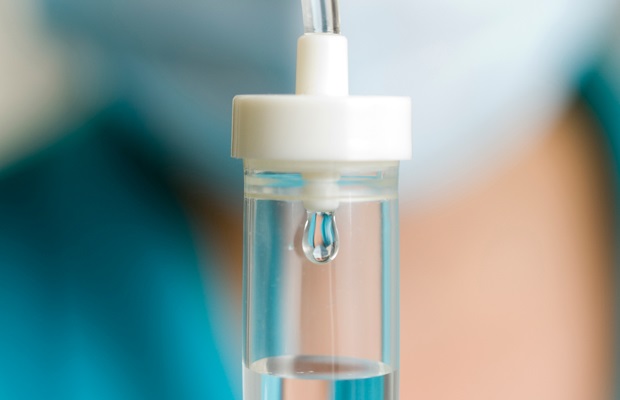 In studies with infused ketamine, ketamine was shown to be strong and quickly effective against depressive symptoms. Sometimes the symptoms could be reduced by up to 50% after just 40 minutes.

For example, a study from 2013 reports that after sublingual administration of low ketamine doses (weekly administration of 10 mg), 77% of the participants experienced significant, constant improvements in mood and improved sleep.[13]

A 2014 study with 21 patients with bipolar disorder was also able to demonstrate effects of ketamine in brain regions within the framework of imaging procedures, which are of particular importance in depression. The symptom improvements were significantly correlated with changes in the right ventral striatum.[14]

Carlos Zarate (NIMH) examined the effects of intravenously administered ketamine in 18 severely depressed patients in 2006, with 71% of the patients responding positively within 40 minutes to a few hours. On the first day, the depressive symptoms were already reduced by 50%.[15] After the second dose on the next day, no more depressive symptoms could be detected in around 30% of the patients, and in a further third the symptoms returned after a week.

Numerous other, mainly US studies, have also shown significant positive effects in ketamine treatment for depression.[16][17][18][19]

It is considered likely that the AMPA receptor-mediated glutamatergic system is weakened in patients with depression. This is relevant for synaptic plasticity in numerous areas of the brain, including in particular the hippocampus and the cerebellum. The AMPA system seems to be faster and more direct to release the growth factor BDNF (Brain-derived neurotrophic factor) than a cascade involving SSRi and tricyclic antidepressants. In addition, BDNF is a marker for the success of the therapy: the patients respond better to the therapy, the more the BDNF levels rise.

In depressed patients, stressors seem to suppress the AMPA system; Ketamine, however, releases the AMPA blockade by blocking the NMDA receptor.[20]

Very common side effects described are psychotropic effects (pseudohallucinations, unpleasant dreams), nausea and vomiting, increased salivation (hypersalivation), visual disturbances, dizziness and motor restlessness. In addition, ketamine is the only narcotic that increases blood pressure and heart rate. In the context of emergency medicine, it is the only drug that can be used to combine circulatory stabilizing and narcotic effects. Use in patients with severe coronary heart disease (e.g. heart attack) should be avoided because the drug increases the work of the heart by increasing the heart rate and blood pressure and thus increases the oxygen consumption of the heart muscle.

Long-term abuse of ketamine as an intoxicant can damage the urinary tract. Urological complaints (LUTS) and cystitis with the formation of ulcers (ulcerative cystitis) can occur.[21][22]

In the context of low-dose intravenous use as an antidepressant, ketamine is generally well tolerated.

Caution is advised when administering ketamine and methylphenidate at the same time, as the simultaneous administration of both substances can lead to unpredictable and possibly dangerous interactions.[23][24]

In Germany, Switzerland and Austria, ketamine requires a prescription, but is not subject to the Narcotics Act or the Austrian Narcotics Act. 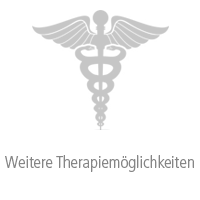