A vaccine against dengue fever is available

In December 2015, Dengvaxia, the world's first vaccine against dengue fever, was approved in Mexico. Less than a month later, the Philippines and Brazil followed suit, and the Philippine government at the time agreed with the French pharmaceutical company Sanofi to deliver three million ampoules of the vaccine. The newly developed active ingredient should protect a million children aged nine and over from the worst consequences of the infectious disease - so the plan.

According to an expert study, over 390 million people are infected with the dengue virus every year. It occurs in four different subtypes, which are transmitted by female mosquitoes of the genus Aedes, especially the species Aedes aegypti (yellow fever mosquito). But not everyone who becomes infected with the pathogen will become ill. Out of four people who come into contact with him through a mosquito bite, three usually show no symptoms at all. In the others, the infection manifests itself in one of three clinical pictures: Some get a fever, which also occurs in many other viral diseases; others suffer from the "typical" dengue fever, which is accompanied by headache, joint pain, bone pain, tenderness behind the eye and sometimes internal bleeding. Others, however, develop a life-threatening disease characterized by so-called dengue hemorrhagic fever and dengue shock syndrome. In particularly severe cases, plasma can seep out of the blood capillaries, causing fluid to collect around the organs. Massive internal bleeding ensues, eventually leading to brain, kidney, and liver failure. If those affected are immediately admitted to a hospital and receive intensive medical care there, this can save their lives. Nevertheless, more than 20,000 people worldwide die of dengue fever each year, including numerous children ... 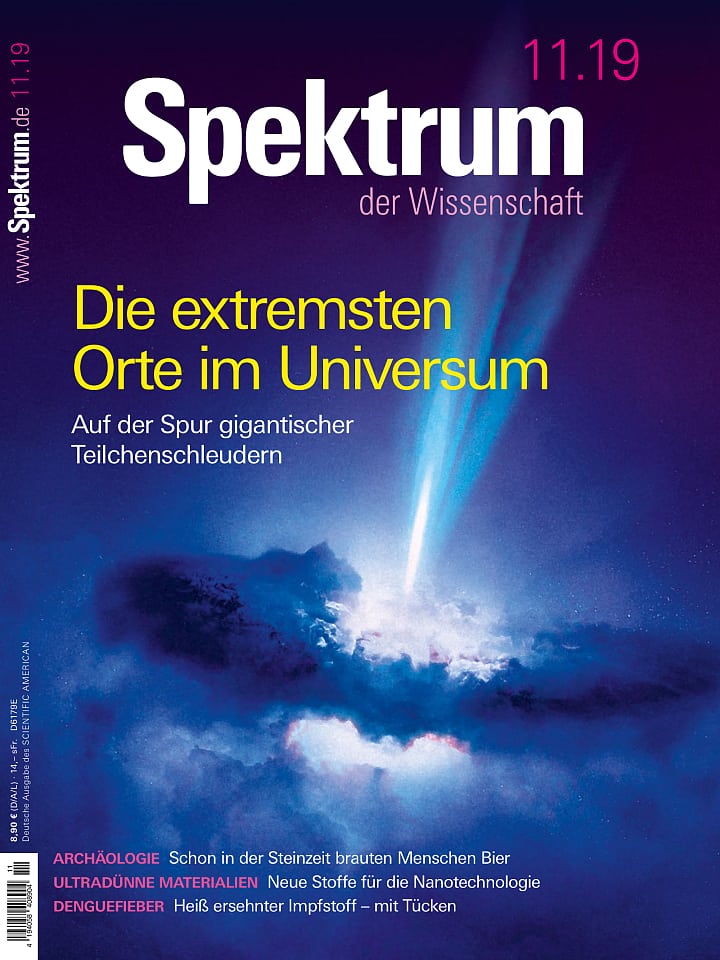 This article is featured in Spectrum of Science November 2019