What's so romantic about Paris

Paris for two: 8 tips for a romantic city break

If you are looking for an unusual place to stay, you should definitely take a closer look at the rental accommodation on the Parisian campsites. For example, at the Sandaya - International Maisons-Laffitten campsite, north-west of the city, there are romantic wooden huts built on stilts. In addition to a cozy bed, the original huts also have a kitchenette and their own bathroom as well as a small veranda where you can enjoy the sun or watch the stars in the evening. 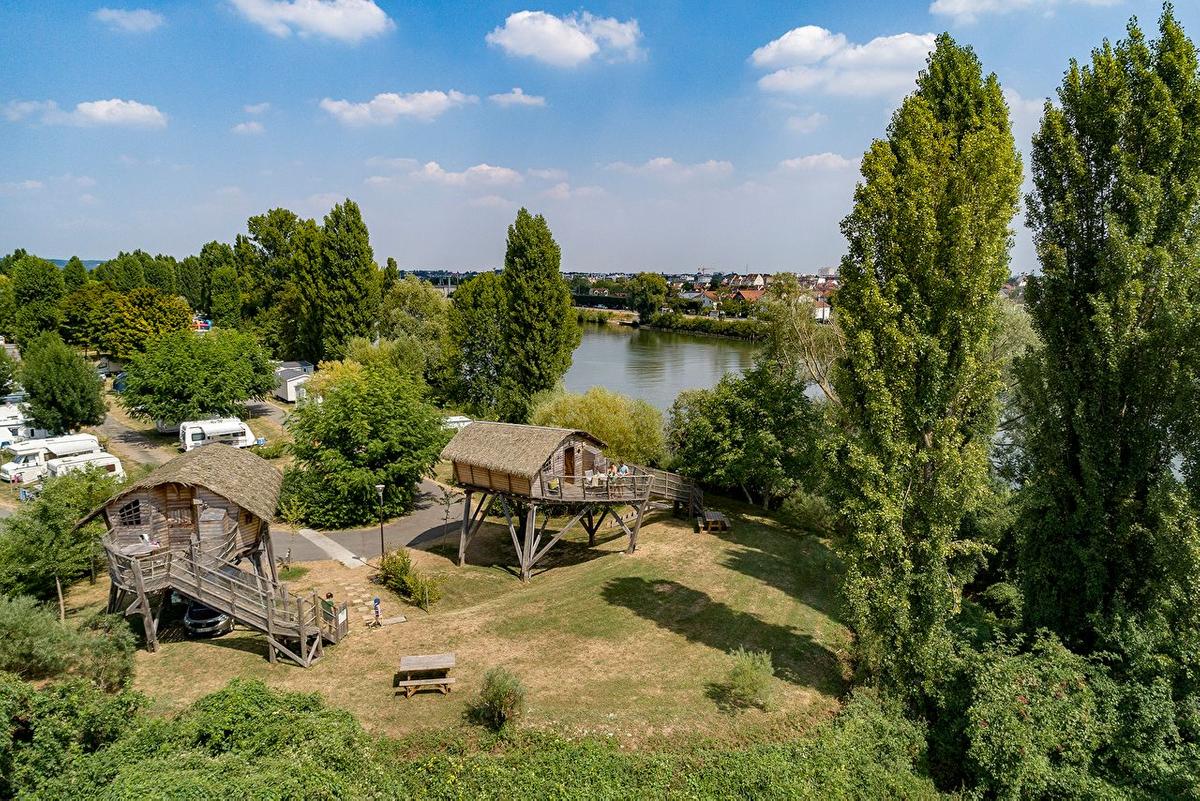 Tip 2: City tour through the artists' district of Montmartre in a duck

There are many city tours and guided tours, but most of them take you from one supposed highlight to the next in a large group. If you'd rather be among yourselves, we recommend a city tour in an old Citroën 2CV, the sweet cult car that is commonly called “duck” in Germany. Your personal driver will drive you through the enchanting streets of the artists' quarter of Montmartre past the Sacré-Cœur and the famous Moulin Rouge to the Eiffel Tower. Meanwhile, you can make yourself comfortable in the back seat and enjoy the ride with a glass of wine. 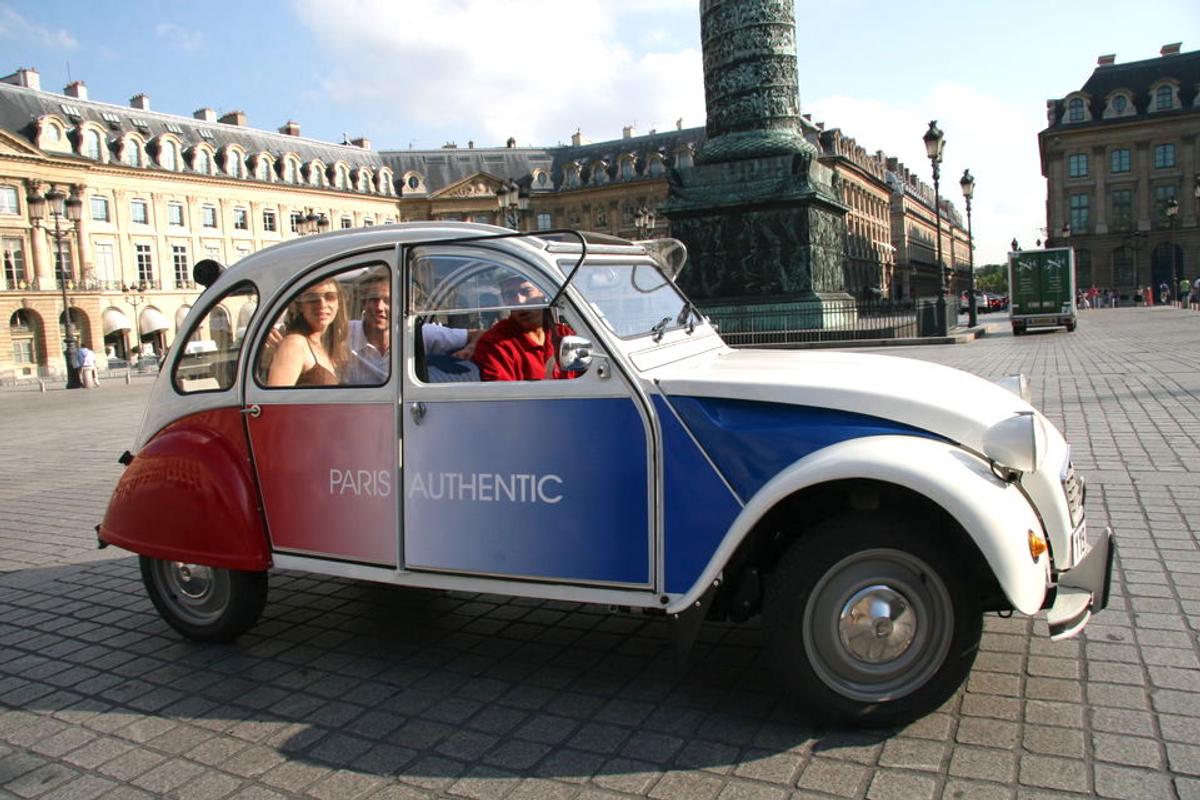 A special “rendez-vous” on warm summer evenings is the open air cinema in the Parc de la Villette. For four weeks, a huge screen will be erected on the large meadow, on which popular film classics will be shown; English films even in the original version. Most Parisians arrive a few hours before the start of the film and combine the evening at the cinema with a small picnic. So make sure you bring food and blankets with you to make yourself really comfortable. By the way: the open air cinema is free for all visitors. 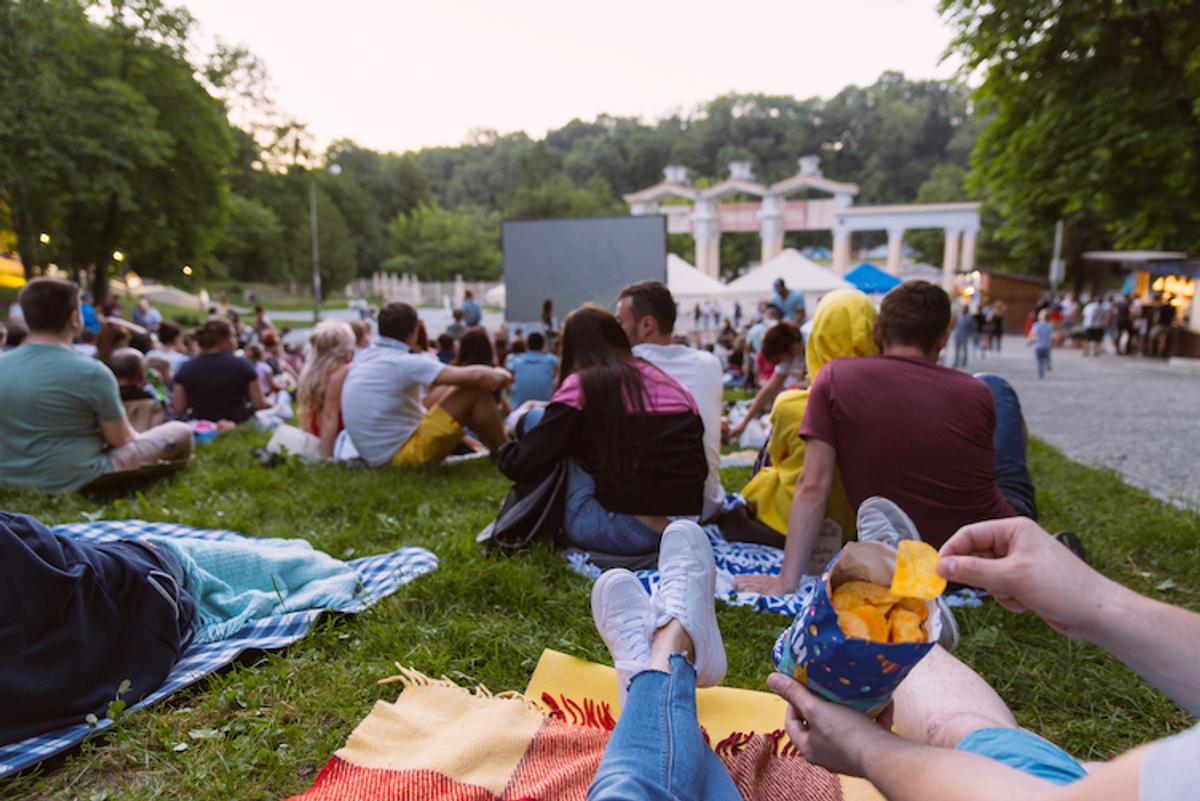 Tip 4: Declarations of love on the "Mur des je t’aime"

The Je-t’aime wall (“I-love-you wall”) is unlike what you might think, not a kitschy place full of hearts and red roses, but the work of the two artists Frédéric Baron and Claire Kito. They immortalized 311 I-love-you lettering in a total of 250 languages ​​and dialects on a 40 m2 wall. The Je-t’aime wall can be found in the bohemian district of Montmartre on Square Jean Rictus, very close to the Abbesses metro station. 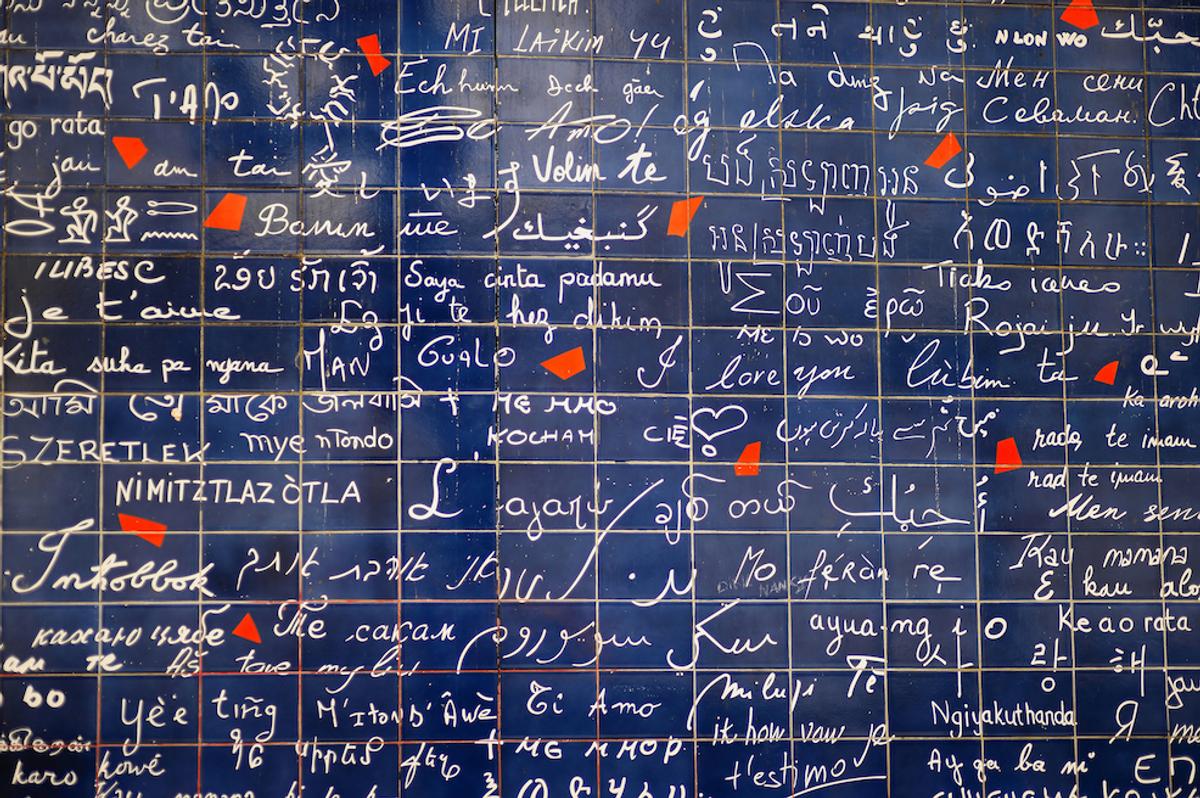 Paris has many beautiful corners to have a picnic, but one of the most beautiful and most popular spots with romantics is the Pont des Arts. Until a few years ago it was customary to attach a love lock to the iron railing of the bridge and to throw the key into the Seine. However, since the locksmiths had to be removed again and again due to the risk of collapse and no locks can be attached to the railing, you unfortunately have to forego this custom. The place remains romantic because of its wonderful view and the typical Parisian flair. Incidentally, the final scene of the series “Sex and the City” was filmed here. 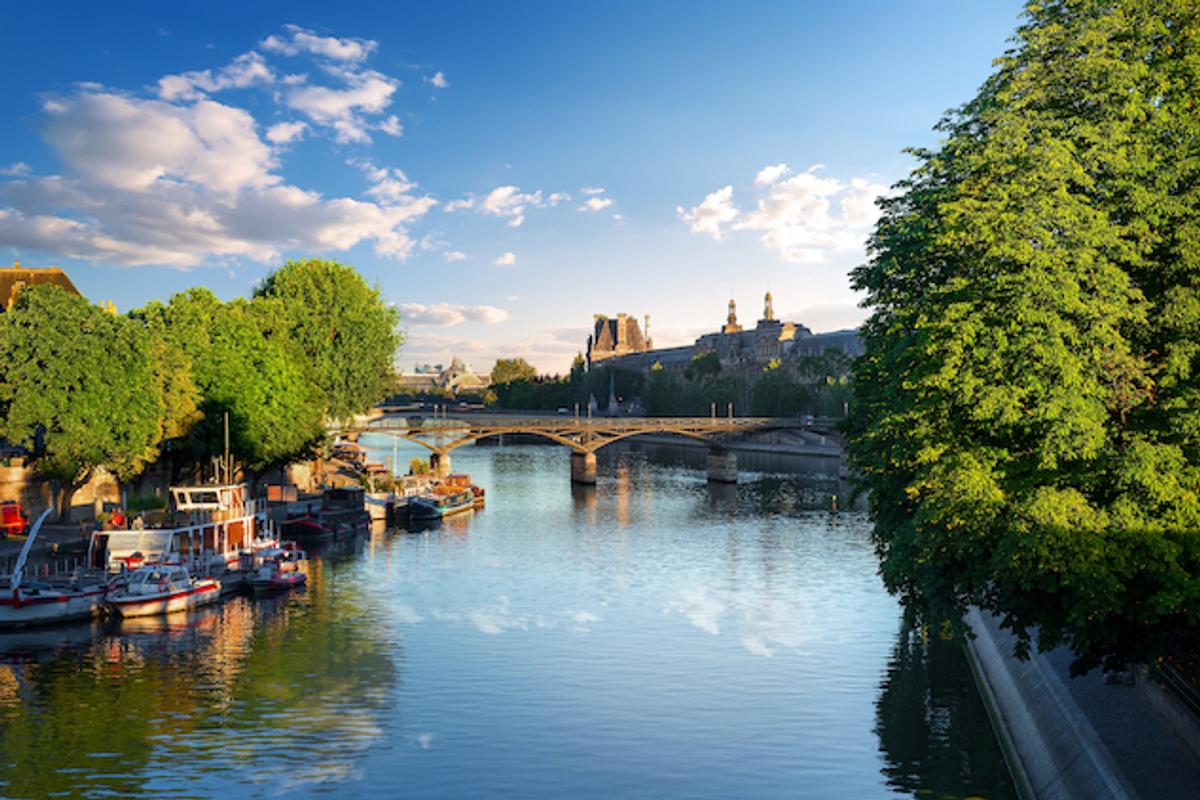 Of course, the most popular place in Paris for lovers should not be missing from this list: Pont Marie, the bridge of lovers. According to legend, something that you wish for under the bridge and seal with a kiss should come true. The best way to reach the bridge is by taking a boat trip on the Seine. 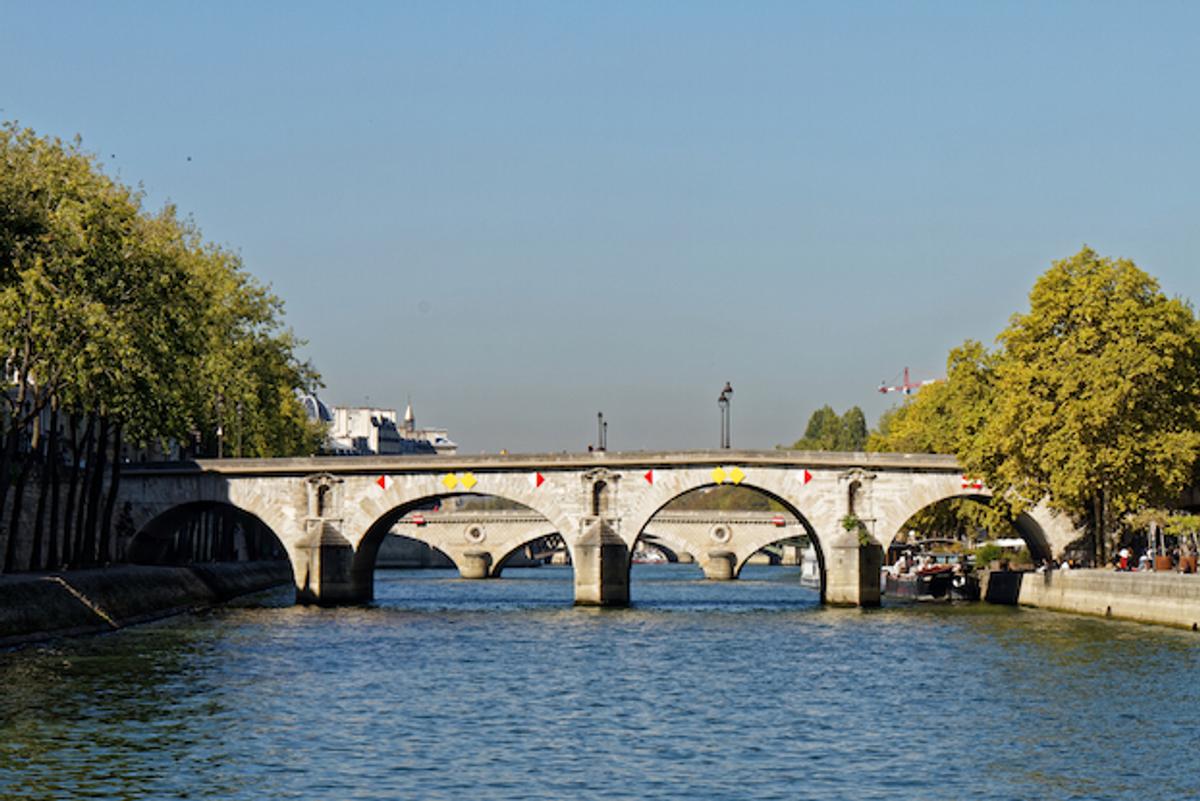 When you're out and about in the city, some time for two can be neglected while sightseeing. The many beautiful squares and parks of Paris are a wonderful way to escape the hustle and bustle of the city and spend romantic moments. At the top of the much-visited Île de la Cité, two places are ideal for this: the beautiful Place Dauphine and the Park Square du Vert Galant. Have a café au lait here in one of the small but fine cafés and stroll to the tip of the island to enjoy the beautiful view over Paris. Things get even more romantic on the Île Saint-Louis, the smaller of the two inland islands on the Seine. Stroll through the picturesque alleys of the island, which, in contrast to the touristy Île de la Cité, is always pleasantly quiet. 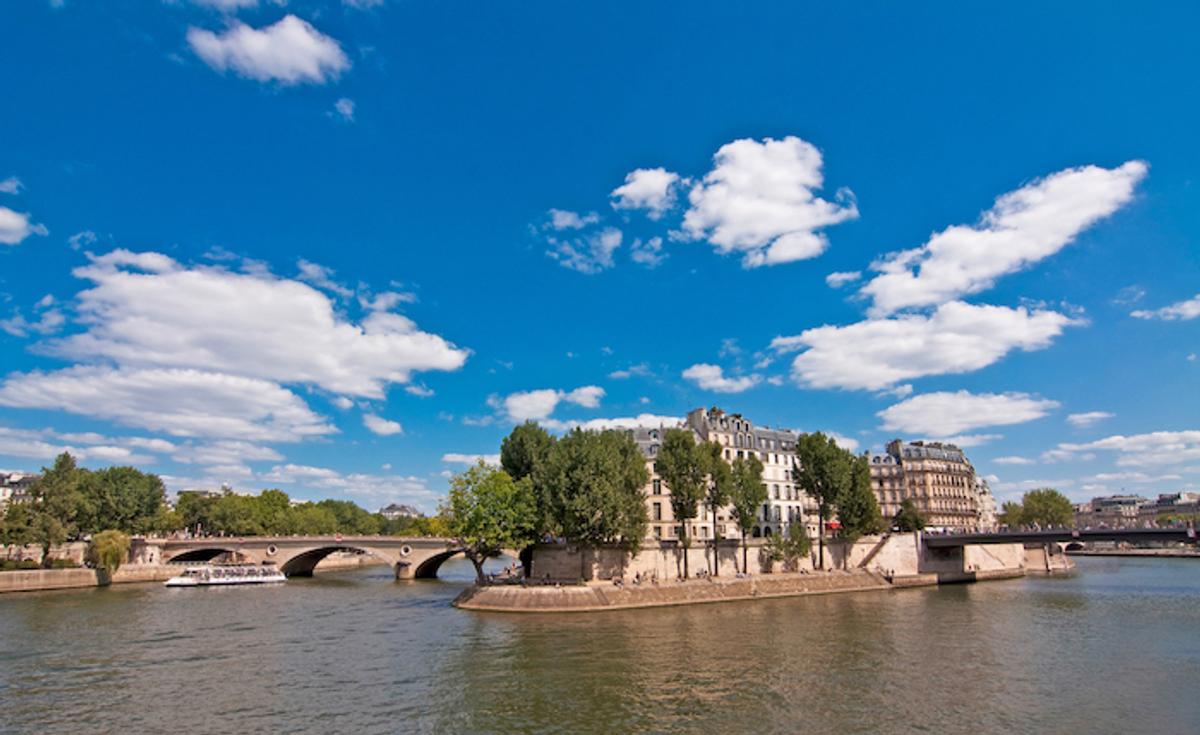 Tip 8: Probably the most beautiful park in Paris

The Jardin du Luxembourg, one of the most beautiful parks in the city, is also ideal for a romantic break for two. The site is partly laid out based on the example of English garden art, in the north is the baroque garden with the Palais du Luxembourg. An absolute must is a detour to the Medici Fountain (Fontaine de Médicis): the enchanted fountain is considered the most romantic place in all of Paris and, along with the Eiffel Tower, is said to be the place where most marriage proposals are made.

Are you still looking for a cheap place to stay? There are eight campsites in and around Paris, many of which also offer rental accommodation or apartments. Have a look!