What are the origins of the YMCA 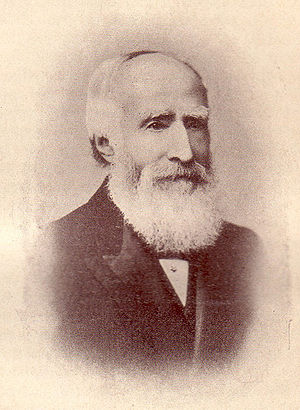 George Williams, founder of the Young Men's Christian Association. (from: A rare anniversary. The XVI. World Conference as the 50th anniversary of the World Federation, Barmen 1906) 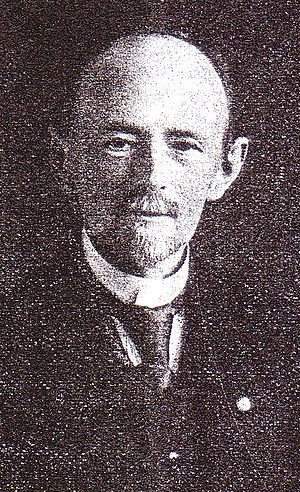 Wilhelm Frobenius, founder of the YMCA in Munich. (from: Reports of the Rhenish Mission Society 84 [1927], 50) 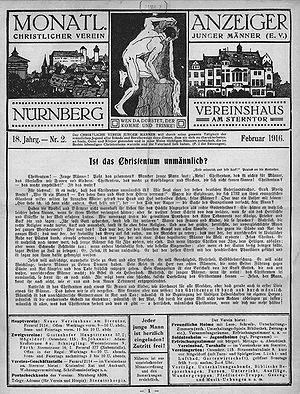 Monthly gazette of the YMCA Nuremberg from February 1916 with the leading article "Is Christianity unmanly?". 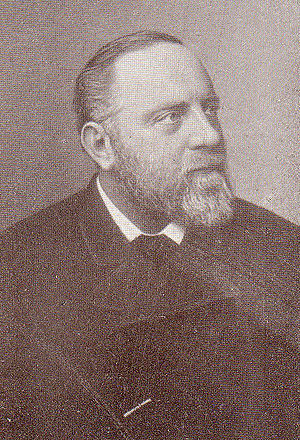 The YMCA was founded in London in 1844 by George Williams (1821-1905) as the Young Men’s Christian Association (YMCA). In 1860 the first German-speaking YMCA joined the London association as the "German Branch", the first president of which was the businessman E. Klemm. This form of Protestant youth work has been found in Germany since 1883 when Friedrich von Schlümbach (1842-1901), secretary in the North American National Committee of the YMCA since 1879, founded the first YMCA in Berlin. Based on this, similar associations were established throughout Germany in the following years.

By 1890 there were already a number of evangelical journeyman and youth associations in Bavaria, which were primarily dedicated to maintaining sociability. In contrast, however, the YMCA model particularly emphasized missionary activity among young people and young adults. This laid down the so-called "Paris base" from 1855, which is still the common program of all associations belonging to the YMCA work today. Lay people in particular should be won over to missionary work. While the previous youth associations were usually based on a parish, the YMCA saw itself as supra-parochial. This repeatedly led to clashes between community associations and the YMCA.

While the YMCA received support from pious aristocratic circles again and again in its development, its work mainly addressed craftsmen and petty bourgeoisie. In particular, the professional groups of waiters, bakers, merchants and soldiers were in the foreground. In addition, a lively school and student work (German Christian Student Association, D.C.S.V.) was built up.

The doctor Dr. Wilhelm Frobenius (1855-1927) founded the second YMCA in the German Empire in Munich in 1886, based on the Berlin model. Under the direction of the high school professor Gustav Holzhaußer (1858-1900), the association initially developed into a kind of community association, which emphasized its affiliation to the church life of the communities, before it later also represented the aim peculiar to the YMCA.

The "Evangelical Youth Association" founded by city missionary Karl Götz in Augsburg in 1889 also adopted the Berlin statutes and from 1893 on was also called the YMCA.

In 1890, in the context of the community movement, the auxiliary chaplains Otto Erhard (1867-1928) and Wilhelm Koller (1859-1944) founded a Christian youth association in Nuremberg-Gostenhof, which was to become the most important Bavarian YMCA. The first Bavarian trombone choir was created here under the direction of Vicar Alfred Mehl (1865-1937). The development of the Gostenhofener YMCA was significantly influenced by the bank clerk Ludwig Krauss (1886-1963), who served as chairman of the association from 1908-1958. In 1898 the military pastor Wilhelm Eichler (1867-1918) founded the YMCA Nuremberg, which the Gostenhofener YMCA joined as a branch in 1905.

In addition, the following associations existed in Bavaria in the field of Protestant youth work until 1933:

With the destruction of free youth work by the National Socialists, the structures of Protestant youth work in Bavaria were also destroyed. The youth associations either had to join the Hitler Youth by March 1934 or cease their own child and youth work. Independent work was out of the question at the association level. In Bavaria, therefore, many youth groups disbanded and from then on operated as free "community youth" with no permanent membership. In this way at least part of the youth work could continue. The YMCA, which in 1933 had great sympathy for National Socialism for the most part - like many others in the Evangelical Church - had to stop its child and youth work, but was able to remain as an association (for adults).

Development in Bavaria after 1945

The rebuilding of the clubs after 1945 took place with international help in many cases, in Bavaria in particular from the USA and Great Britain. The Protestant youth now developed in two tracks: on the one hand the community youth and on the other hand the association youth. The YMCA quickly developed into the largest Protestant youth association in Bavaria. After the war, the YMCA took special care of prisoners of war, returnees and displaced persons.

The YMCA developed a lively child and youth work in the 1950s and 1960s, which was characterized by sports, games, diaconal work and the preaching of the Gospel. This included both the weekly group lesson (young crowd and youth groups) as well as the Whitsun meetings and large summer camps. In the 1960s, there was also a socio-political work in the form of several thematic working groups. The movement of the "Jesus People" coming from the USA in the 1970s with their new, strongly emotionally tinged religiosity was reflected in many YMCA associations. In Munich, the "John Mott House" was a new, district-specific form of youth social work that is aimed primarily at young people with a migration background. In the 1980s the Ten Sing work (music) came from Norway and in the 1990s the Missiopoints as new forms of missionary youth work.

The participation of girls in YMCA groups has been documented since the beginning, but in Germany did not lead to the possibility of equal membership for a long time. However, a "Young Women’s Christian Association" (YWCA) was founded in London as early as 1894. Since 1919 it has been possible for women to become supporting members of the German "Arbeitsgemeinschaft CVJM". In 1976, after intensive discussion, the Bavarian regional association was the first of the German regional associations to rename the "Christian Association of Young People" and from then on accepted girls as members of its associations with full equal rights. In 2005, the Bavarian regional association had around 120 clubs with 11,000 members and a further 6,000 regular participants. About half of them were girls. There were around 3,000 voluntary and 60 full-time employees in the YMCA Bavaria. Worldwide, the YMCA had 20 million members in 122 countries.