How will FB make money with Libra 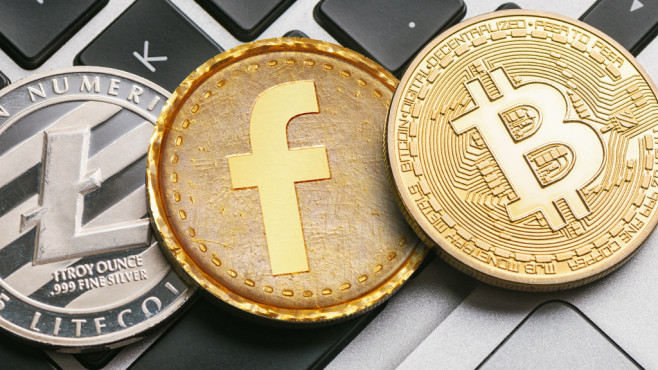 Bitcoin and other digital currencies will soon be joined by Facebook's Libra.

Facebook may soon offer its own digital money. The online network uses blockchain technology for this, which is also used in the most famous digital currency - Bitcoin. “Facebook Libra” should, however, fluctuate less in value and be easier to use. COMPUTER BILD answers the most important questions about Facebook's plans. However, more and more partners are leaving the project.

What is the Libra Association?

Facebook has found partners for its currency plans and forged an alliance with them: the Libra Association. The network and the other members should be equal partners. However, only particularly powerful companies are allowed to participate. Candidates must have a market value of at least $ 1 billion or more than 20 million customers. Those who join Allianz must invest at least 10 million US dollars (around 9 million euros) in Libra. In the summer of 2019, 28 members were on board, and according to Facebook, there will be 100 at the start of Libra. The company announced at the time that the credit card companies Visa and Mastercard, the payment service providers PayPal and Stripe as well as the transport services Uber and Lyft were included. The music streaming service Spotify, network operator Vodafone and the online marketplace Ebay are or were part of the Libra Association.

Libra: Which partners got out again?

In October 2019, PayPal announced that it would get out of the cryptocurrency. Whether the reason is the criticism of Libra remains unclear - the payment service has not commented on it. But that's only the tip of the iceberg: Visa, Mastercard, Ebay, Booking and Stripe have also dropped out in the past few months! Some partners have complained, according to the New York Times, that Facebook didn't do enough to get regulators on board before it announced the launch. In January 2020 it became known: Vodafone is also no longer there. The telecommunications company wants to concentrate on its own system, according to a spokesman. What is meant is M-Pesa, a referral system that is particularly common in Africa. That leaves Uber and Lyft of the above. Facebook currently has a total of 20 members on a corresponding website, including Farfetch and Coinbase.

»Mobile payment: this is how Swatch Pay works

Despite a lot of criticism and enormous headwinds: Facebook is sticking to its plans for its own currency - for the beginning of 2020. According to David Marcus, the Facebook manager and newly elected board member of the Libra Association, all the anger, the media presence and the tight focus spur Timetable to the employees and those responsible: "If we consider all the criticism and take them into account in the development, the network will be even better," as David Marcus explains to the Handelsblatt. But regardless of the enthusiasm for your own product: Libra will only be launched if the supervisory authorities agree. And so far the EU Commission does not seem convinced.

Libra: Why is the EU Commission examining the plans?

The European Commission is investigating "potentially anti-competitive behavior" in connection with Libra, reported the news agency Bloomberg in mid-August 2019. The antitrust authorities apparently fear that Facebook's currency is unfairly excluding possible competition. The officials are also concerned about the handling of user data and the "possible restraints of competition" for such information. Neither the EU Commission nor Facebook were ready to say anything about it.

Cryptocurrencies: what is the blockchain?

Blockchain is a technology that can be used to digitally document business transactions such as orders or trading in cryptocurrencies. It works in a similar way to an analog cash book: the technology saves all transactions that take place in a certain period in a file, a so-called block. As with a page in the cash book, there is only enough space in a block for a limited number of transactions. If a new transaction is added, the system fetches all previously generated data blocks and connects them using encryption technology. This creates a growing chain of data blocks - the blockchain.

First, consumers exchange their local currency for Libra. This should even work on the smartphone if you have linked Libra to your bank account. Like Bitcoin, the currency can be stored in digital purses, so-called wallets. Facebook offers its own wallet called "Calibra", but other providers are also allowed. The user then pays with his Libra: for example via Facebook services such as Messenger or via WhatsApp. For example - similar to PayPal - money can be returned to a friend for the dinner they have just paid for in cash. Facebook did not have access to the transaction data, assured David Marcus. Facebook users should also use Libra for payments within the network and in online shops. The members of the Libra Association (see above) should be among the first acceptance points.

The best tips for PayPal

Blockchain currencies like Bitcoin are notorious for their massive price fluctuations - Facebook wants to avoid that with Libra. The network wants to secure its cryptocurrency by linking it to established means of payment. Facebook wants to store various currencies such as US dollars, euros and yen in a reserve fund. “For example, if someone buys Libra for 100 euros, these 100 euros go into the reserve,” explained David Marcus. In contrast to Bitcoin, users do not create Libra themselves, but purchase it from members of the Libra Alliance or on trading platforms. The Libra system should be safe and practical: Facebook allows customers to log in under a pseudonym and have multiple accesses.

Libra opens up new ways of making money for the social network. 2.7 billion people use Facebook, Instagram, WhatsApp or Facebook Messenger. If only 100 million of them participate, Libra would have more customers than any bank in Germany. Facebook manager David Marcus expects that Libra will initially prevail in developing countries with unstable currencies, because apart from that, the available payment methods are already well established. The 1.3 billion people worldwide without their own bank account are also a target group. “With Libra, anyone with a $ 40 smartphone and cell phone coverage has the ability to securely protect their assets, gain access to the global economy, conduct transactions at a much lower cost, and one over time to access a whole range of financial services, ”said David Marcus in a blog post at the beginning of July 2019. So far, even established crypto currencies such as Bitcoin have not established themselves as a means of payment, also due to strong exchange rate fluctuations.

Several top politicians and central bank bosses criticize Facebook's currency plan. The chairman of the US Federal Reserve, Jerome Powell, the French finance minister Bruno Le Maire and the governor of the Bank of England, Mark Carney, spoke out against Libra and called for strict regulations. Facebook co-founder and critic Chris Hughes called the group's cryptocurrency plans "scary". He believes that this will increase the power of large corporations and central banks even more. The board of directors of the Bundesbank also sees the plans with concern and has called for a “global answer” to the Facebook currency. In the US, politicians were also not very happy with the project: US MPs called for a stop. As a result, David Marcus had to answer questions at a hearing in the US Congress in mid-July 2019, as reported by Bloomberg Law. In a blog post in early July 2019, the Facebook manager appeased: “Facebook will not control the network, the currency or the reserve that it supports. By the time it is launched, Facebook will only be one of over a hundred members of the Libra Association. ”However, it is currently shrinking rather than gaining more members as announced.