Which songs did Anu Malik copy 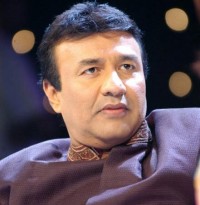 Anu Malik made his debut with Poonam in 1981. At the time he was not even 22 years old. He is the son of the veteran composer Sardar Malik. Anu won the National Award for J P Dutta's Refugee (2000), starring Abhishek Bachchan and Kareena Kapoor. He is one of India's finest music composers. His great success began after he won an award for the music for Baazigar (1993) with ShahRukh Khan. He often sings playback in the songs himself.

Anu is one of the greatest music directors in the Bollywood Hindi film industry. He is notorious for the fact that he gets "inspiration" from other peoples, so not only Indian music elements flow into it. He has won the Filmfare Best Music Director Award twice. Once for Baazigar (1993) and once for Main Hoon Na (2004).

Some time ago he lost his regular singer Udit Narayan for a Raj Kanwar film due to a misunderstanding during a song recording. Now he works more with his old friend Abhijeet.
While Anu Malik has a few original soundtracks like Baazigar and Main Hoon Na, many of his songs are rip-offs from the artists who originally created those songs.

An example would be Amr Diabs and Tamally Ma’ak, copied by Amir Jamal in his solo album Kaho Na Kaho, and then used by Anu Malik for the Murder soundtrack. To call him a musician would be an insult to all hardworking musicians in the world, someone once said of Anu.

The song Jana Jane Jana from the movie Murder has a remarkable resemblance to the song Firie Dao, which was written by the Bangaladeshi rock band Miles. Of course, that raises a lot of questions. One wonders if Anu Malik is even able to make music without copying other melodies. The band "Miles" has filed a lawsuit against Anu Malik and is demanding Rs. 5 crore in compensation.