When will Illinois legalize pot

On January 1, a law came into effect that allows all Illinois residents 21 and older to purchase and consume marijuana for recreational purposes. Each adult can now own up to 30 grams of cannabis, five grams of cannabis concentrate or 500 milligrams of the cannabis active ingredient THC. People who are not resident in Illinois, but are there, can carry up to 15 grams of cannabis with them.

In addition, the state government in the American Midwest is now granting licenses for the cultivation and distribution of marijuana. In the metropolis of Chicago, long queues with hundreds of people formed in front of legal cannabis sales outlets on New Year's Day: 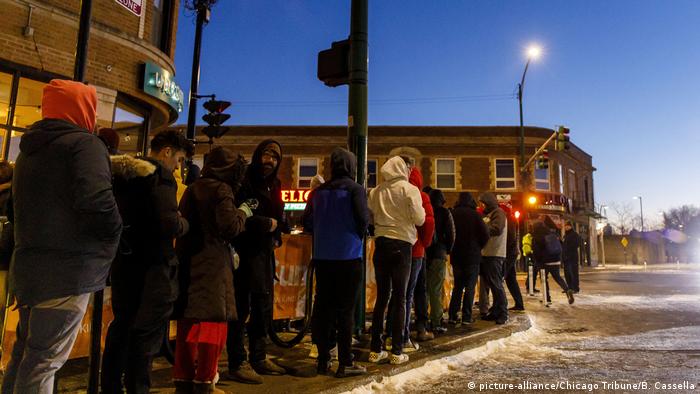 Queuing for cannabis on the first day of sale

"We are restoring the rights of tens of thousands of Illinois citizens," commented Governor Pritzker on cannabis legalization. "We're bringing regulation and security into a previously unsafe and illegal market. And we're creating a new industry that puts justice at its core."

Before Illinois, ten other US states as well as Washington D.C. had legalized cannabis as a stimulant. Medical cannabis use is legal in 34 states.

The US drug control agency DEA continues to classify marijuana as just as dangerous a substance as LSD or heroin. However, a study by the U.S. Disease Control Agency (CDC) published in August found that legalizing marijuana as a stimulant reduced deaths related to the use of opioids like fentanyl by at least 20 percent. In addition, legalization has positive economic effects in the form of new jobs and higher tax revenues.