China isolates metropolis due to Corona

After more than 100 corona infections were detected, the authorities isolated the Chinese metropolis of Shijiazhuang. The main access roads to the capital of Hebei Province have been blocked. In addition to ten motorways, a bus station was also affected by the measures. All schools in the city were closed.

About eleven million people live in the greater Shijiazhuang area. The metropolis is 300 kilometers south of the capital Beijing. In the past few days, the authorities had found 117 corona infections there, 63 of them on this Wednesday alone. In 78 cases, the infected did not experience any symptoms.

The Gaocheng district with 40,000 inhabitants has been declared a high-risk area - currently the only area in China. All residents of Gaocheng would be examined for corona, the health authorities said. More than 400,000 residents were tested in the nearby city of Nangong. 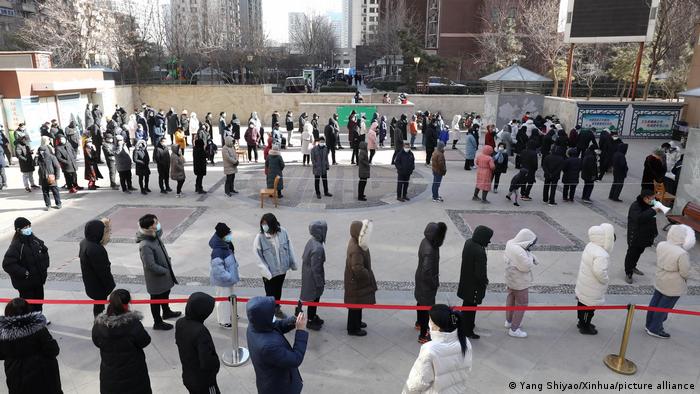 Queuing for the mass test: Hundreds of thousands are being examined in Shijiazhuang and the neighboring city of Nangong

State television showed pictures of police checks at roadblocks and health workers compromising on protective clothing. The recordings are reminiscent of the lockdown of the metropolis of Wuhan a year ago, when the SARS-CoV-2 coronavirus first became public.

Hundreds of millions of travelers

With strict measures such as the isolation of entire regions and mass tests, China had brought the infection rate under control by spring. In the past few weeks there have been a few new outbreaks in the People's Republic, so that the number of cases has increased again. Even if the daily infection numbers are nowhere near as high as in Europe, for example, the authorities are alarmed. Finally, on February 12th, the Chinese New Year is celebrated. Hundreds of millions of people usually travel across the country on this occasion. This is one of the reasons why the Chinese authorities want to vaccinate as many people as possible as quickly as possible.

The detection of a variant of the corona pathogen in the southern Chinese province of Guangdong that is rampant in South Africa is also causing concern. The disease control agency in Guangdong said the mutation was found in a South African pilot who came into the country in December.

A few days ago, a corona variant discovered in England was also detected for the first time in China. The two mutated pathogens are considered to be significantly more contagious than earlier variants of Sars-CoV-2.

World Health Organization (WHO) experts are still not allowed to research the origin of the pandemic in China. The Ministry of Foreign Affairs in Beijing said it was "not just about visa problems". Discussions "on the exact date and the exact structure of the visit" by a WHO visitor group would continue. WHO chief Tedros Adhanom Ghebreyesus was "very disappointed" on Tuesday that the Chinese authorities have not yet allowed the mission. 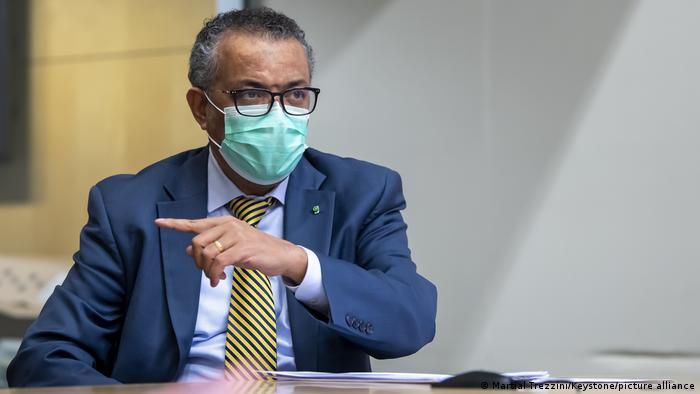 The ten-person international team, including Fabian Leendertz from the Robert Koch Institute in Berlin, was supposed to be investigating for five to six weeks in China at the beginning of January to find out where the SARS-CoV-2 coronavirus, which appeared in the central Chinese city of Wuhan at the end of 2019, came from and spread all over the world. The scientists also want to look for clues as to how the pathogen spread from animals - possibly from bats - to humans.

The People's Republic is confronted internationally with allegations that it wants to cover up its own responsibility for the corona outbreak. China itself, on the other hand, is sowing doubts that the virus has even started its triumphant advance in its own country. Foreign Minister Wang Yi recently reiterated the view that the pandemic had started "in several places around the world".