In Egypt, what screams, I am not Egyptian

Egypt
"Do not force your children to follow your footprints, for they were intended for a different time than yours"

Ingrate, irresponsible, greedy, lazy ... this is how older Egyptians view my younger generation. We hit back with narrow-minded, old-fashioned, incomprehensible and boring. The result is often difficult family life that is reflected in society as a whole.

Generational conflicts are not news. Everyone has already experienced it with their parents, relatives or teachers. It is perfectly normal for differences of opinion to arise between people of different ages. But when these differences become too many and mutual understanding becomes even rarer, then everyone can imagine how difficult family life can be. Everyone in Egypt knows disputes between parents and their children. On the street, in supermarkets, in the neighbour's apartment - screams and insults can be heard everywhere from both sides, so that an Egyptian family who does not get loud every day and lives in peace has become a rare occurrence.

A family on the beach in Ain Sokhna, Egypt | © Sandra Wolf


The contribution of the 21st century

Let's select three years, each of which can be assigned to the following three generations: grandparents, parents and young people. For example: 1957, 1987 and 2017. Of course you can compare them in a thousand different ways, but we want to focus on the most important keyword: media. In 1957, local newspapers and radio broadcasts were the usual news sources. Not everyone could afford black and white televisions. In 1987 color televisions were in vogue, PCs weren't yet. 2017 saw a special invention that the other two years did not know: the Internet. With the introduction of the World Wide Web in 1991, an important term emerged that will soon change a lot: "Globalization".


"What the farmer does not know, he does not eat."

With the Internet, the whole world is at our feet, or rather on our screens. The “whole world” meant nothing more to our Egyptian grandparents and parents than their hometown. My generation learns at least one foreign language at school (which can now be an international school), prefers to watch American films on television, listens to famous music groups around the world, prefers branded clothes, wants the new Apple mobile phone for their birthday, would like to study abroad asks about things like communism, atheism and homosexuality. 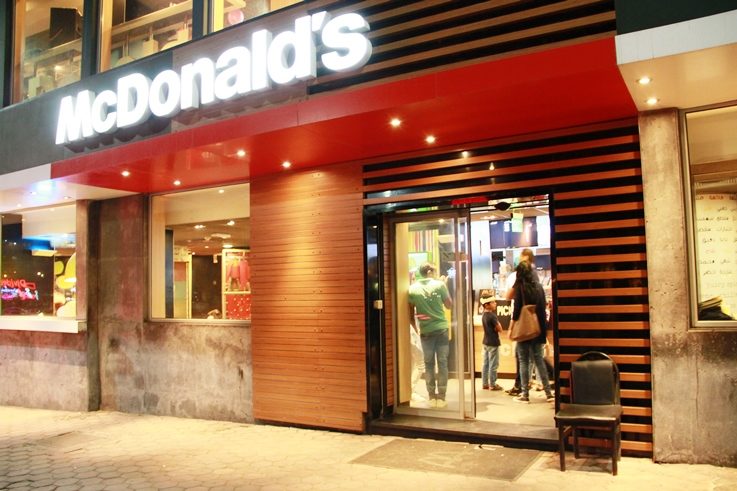 Parents with their child in the McDonalds in Alexandria, Egypt | © Goethe-Institut Kairo / Sandra Wolf
At some point it will be too much for the poor parents, for whom McDonald’s, jeans and Michael Jackson were the utmost modernity. And just like the old saying, “What the farmer doesn't know, he doesn't eat”, the older generation often feels desperate and alienated from the fast pace and material nature of the 21st century. As a result, they try to raise their children according to their old, "right" lifestyle. However, to the great disappointment of their parents, the children refuse to live in a time other than their own. And so the parent-child conflict arises during the first few years, which becomes so strong with adolescence that in many cases the two generations become irrevocably “incompatible”.


Egyptian culture is not a Hollywood movie!

Egyptians love television. Whether it's American films or Turkish series, television has a huge impact on society, especially young people. Let's imagine two Egyptian 18 year olds, a boy and a girl. The boy sees young people his age drinking alcohol on television, chatting with girls, acting against their parents' wishes, moving out at 18, changing their beliefs, discovering the world on their own. The girl sees her own kind walking around in shorts without any problems, touching and kissing friends in public, spending vacations abroad with girlfriends without supervision, looking for a part-time job while studying, deciding on the future on her own. Then both turn off the television and are confronted with the reality of Egyptian society.

You don't yet know what's good for you. You're still too young for that. So you have to listen to me

Young people in Egyptian society rebel with their behavior not only against their parents (which is actually normal at a certain age), but against centuries-old social norms. Then the parents complain and compare their children with themselves as adolescents to conclude, as usual: “We have never been that difficult.” However, the question arises here: If a person behaves in a certain way just because they are knows no alternatives, is it then a question of will?

The world is changing - educational methods have to keep pace

In Eastern cultures, including the Egyptian culture, great importance is attached to behavior towards parents, mainly for religious reasons. However, the misinterpretation among Egyptians is widespread that good behavior can be summed up in obedience, namely of the blind kind. 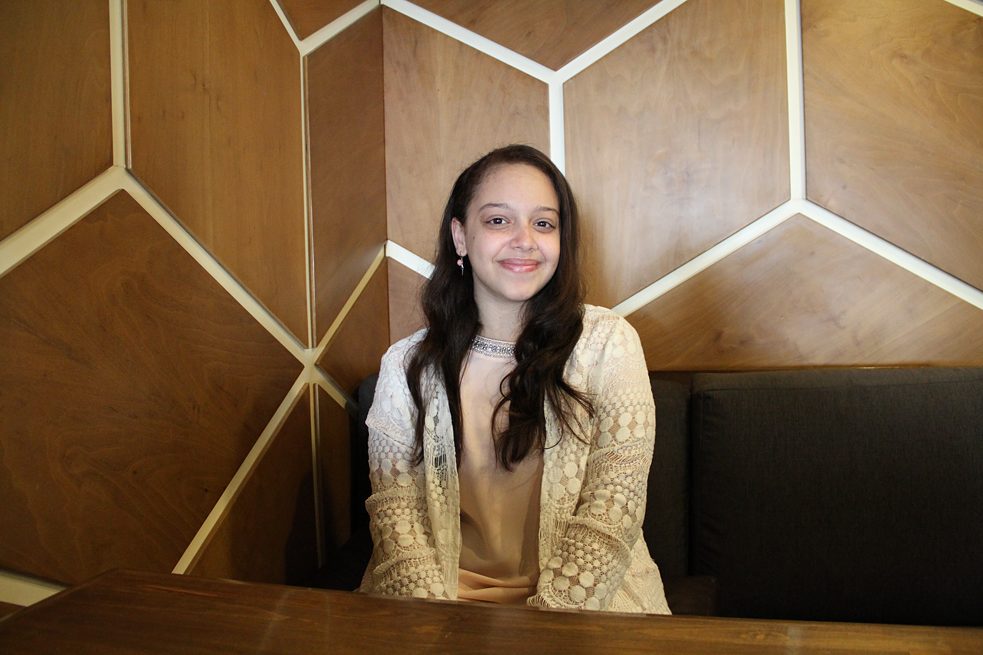 © Goethe-Institut Egypt
Yasmin Mohamed Gaber, 17 years old
“You don't yet know what is good for you. You're still too young for that. So you have to listen to me ”, say typical Egyptian parents. They leave out an important fact: today's young generation was born with open eyes. We already know a lot more about the world than what our parents knew when we were old. We may have had a childhood of absolute innocence and naivety in the first few years of our lives, nothing more. Again typical for the 21st century. Whether that is good or bad is not the issue. It is important that at the age of, let's say 16, we no longer need knowledge, but experience. But our dear parents want us to stay at home and only study for school! Where is the experience supposed to come from now? This is precisely why most Egyptian young people feel completely clueless and lost after graduating from school and sometimes even after their bachelor's degree, because they have not learned anything practical from the “outside world” either at home or at school.

Instead of staying home daily for that Thanaweya- To learn exam, parents should encourage their children to explore the world. You should allow mistakes and avoid constant criticism. “Our parents only like us when we do the right thing”, “I am often afraid of my parents”. This is how many Egyptian children feel because their parents usually only approach mistakes with aggressiveness, verbal and physical in nature. Of course, all parents love their children even when they do the wrong thing, but they forget that love, including parental love, must be shown. As a result, the children move away from their parents and seek advice and support from other adults, for example from teachers. Then the parents complain that their children have stopped telling them and instead of solving the problem with calm conversations, they become suspicious and then even more aggressive and the vicious circle starts all over again.

Parents (not only in Egypt now) often think that my generation is addicted to their smartphones and the like. Instead of repeating the same sentence (“Put this piece of junk away!”) Endlessly, schools and clubs should offer programs that teach young people how they can benefit from their online time and not just post selfies and follow stars . The internet not only shapes our everyday lives, but also our history and politics. Let's just look at the Arab Spring. The smartphone is too valuable to simply be put away! 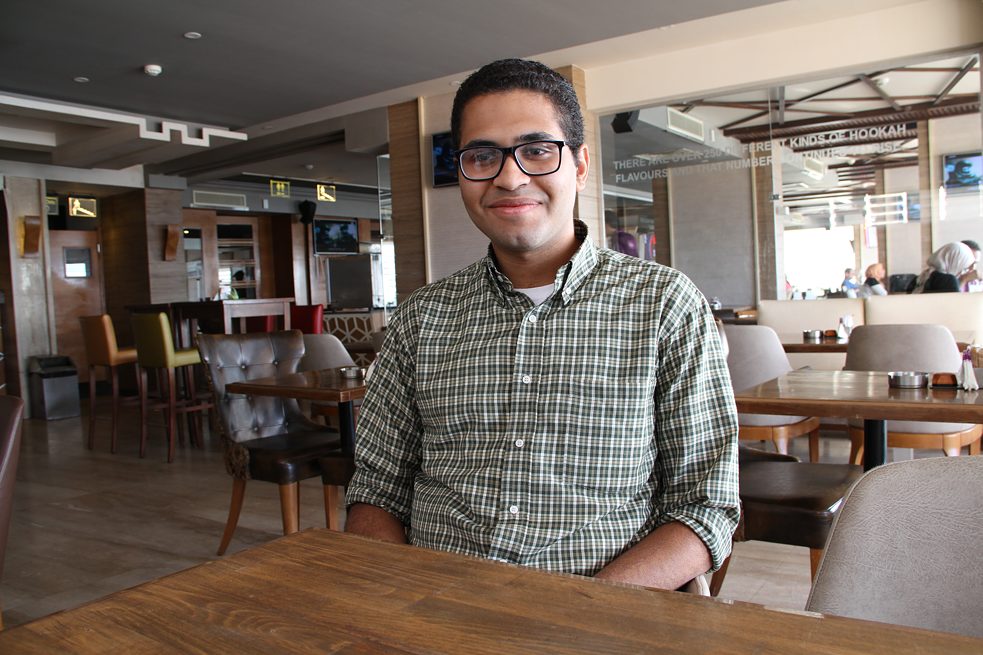 © Goethe-Institut Egypt
Anas Mohamed Ahmed Nakhla, 19 years old
Instead of banning young people from going on excursions or going abroad without supervision, they have to be educated from the start so that they will grow up to be trustworthy people.

Another common complaint is “ingratitude”. Here, the parents could ask the older child to care for the younger child or pet so that they can see how difficult it is to feel responsible for another living being.

If "greed" in the form of constant inquiries for new unnecessary equipment, clothes or simply too much money is a problem, then there is a simple solution: a summer job for the children to teach them the value of money.

The idea that only doctors and engineers are successful should finally disappear from Egyptian society. The pressure exerted on high school students to enter the medical or engineering faculty is inhuman. A good side of the 21st century is that anyone can be successful with enough effort and creativity.

Every young person needs to understand their rights and responsibilities when it comes to sexuality, and it is the responsibility of parents and schools to teach them these.

Another point that needs to change in Egypt is the attitude of adults towards sex. Our grandparents didn't talk to our parents about it and so our parents want to remain silent until their wedding night. Today that is no longer possible because the topic is cropping up everywhere: in the media, in friendship groups, on the streets in the form of sexual harassment and rape. Every young person needs to understand their rights and responsibilities when it comes to sexuality and it is the responsibility of parents and schools to teach them about them.

There are dozens of examples that illustrate alternative parenting methods. And if they can all be summed up in a single sentence, I find the following Arabic saying more than appropriate: "Do not force your children to follow your footprints, for they were intended for a different time than yours."


And on our part? 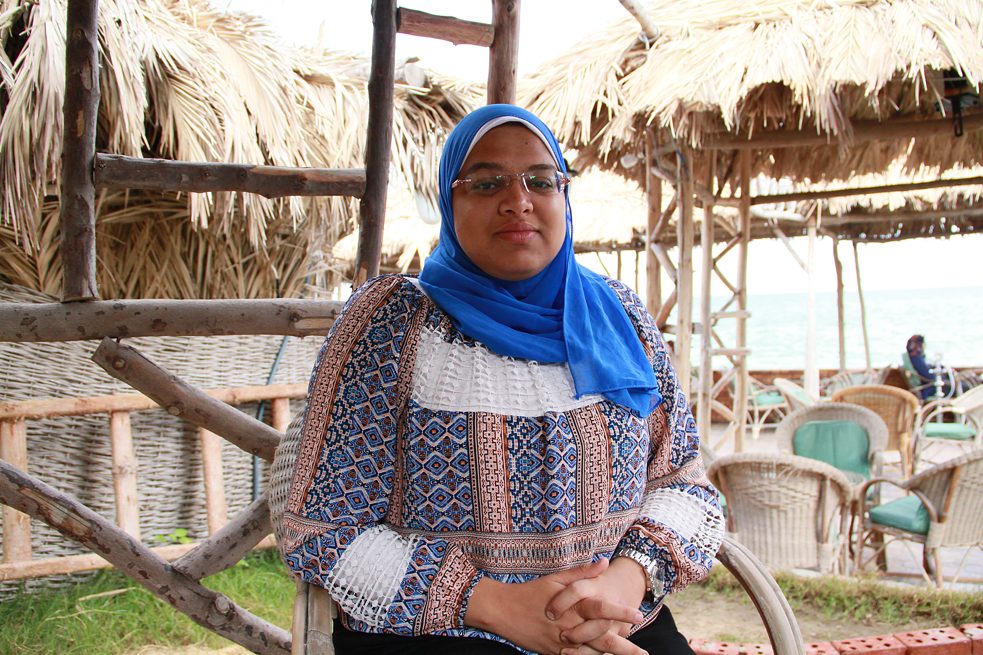 © Goethe-Institut Egypt
Sara Amru Ali, 18 years old
The most important thing that I think young people can offer their parents today is empathy. If we put ourselves in the shoes of our parents from time to time, a lot becomes understandable. I would also worry if my daughter didn't come home by midnight and didn't answer her cell phone. It would also annoy me if my son lost his iPhone for the second time. And of course it would be incredibly difficult for me to let my children move out.

Adulthood is not easy, nor is it to be a parent. Besides, the 21st century can make you dizzy, that much has to be admitted.

Engy Ashraf is 20 years old and was born in Alexandria. She is a graduate of the German Borromean School in Alexandria. After graduating in 2015, Ashraf moved to Cairo and studied Russian and French for one semester at the Alsun Faculty of Linguistics and Translation. In 2016 she changed her course of study and is now studying medicine at the University of Alexandria in the third semester. Alongside her studies, Ashraf writes as a freelance writer with a focus on socially critical topics and psychology.