Why are taxis so rare in Toronto 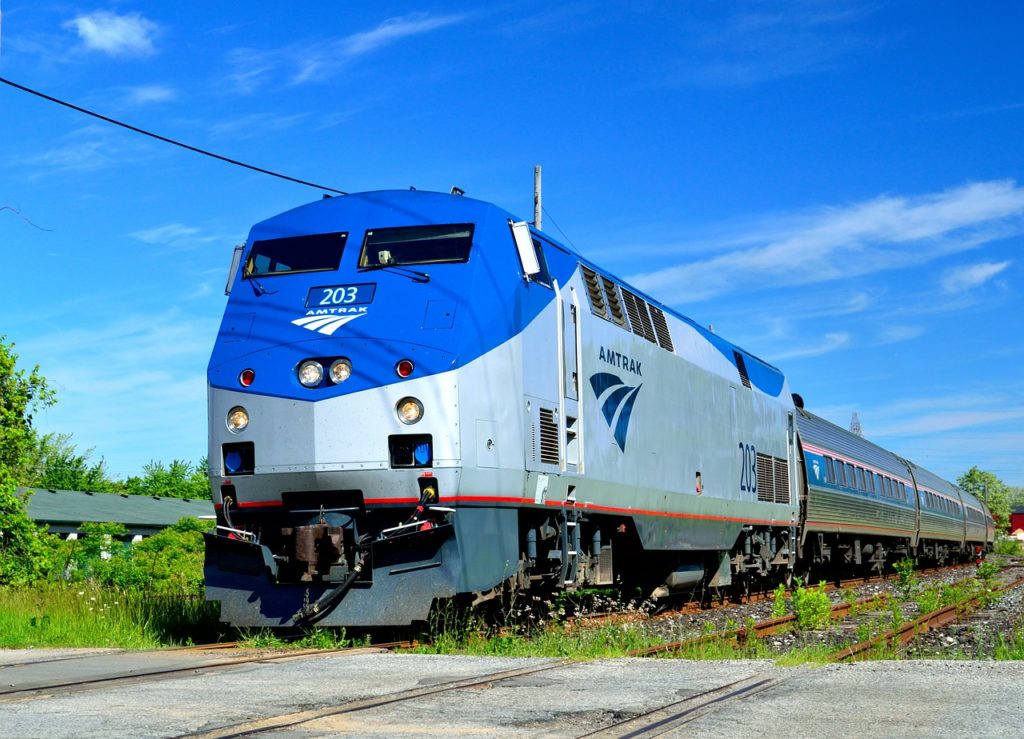 As many know, traveling by public transport in North America is one of those things. Sparsely populated areas and the preference for private cars make it uneconomical and therefore the network of trains and long-distance buses is rather thin, albeit better as is often assumed.

The upcoming almost complete withdrawal of greyhounds from Canada is a heavy blow.

A more specific problem are the border crossings between the USA and Canada, e.g. there is exactly one single regular cross-border public bus along the border between Seattle and Chicago and only started again in 2017 (update: apparently already canceled).

And due to the lack of public transport, it is rarely possible to drive to the border and then continue from the opposite side. A few border crossings can be realized with a little effort, see below.

In addition, many of the border bridges are strangely no longer allowed to cross on foot or bike, even though there are sidewalks.

By the way, you do not need an ESTA or ETA when crossing the border overland.

At the southern border with Mexico the whole thing is hardly a problem, all border crossings can be crossed on foot and the public buses are numerous.

Here are all cross-border means of transport and all other border crossings between the USA and Canada that can be realized with public transport, from west to east:

Tok - Dawson City with Alaska Shuttle (EXPENSIVE!) Only seasonal in summer. After Tok it’s going to be with Interior Alaska.

Juneau - Prince Rupert with Alaska State Ferry, once a week.

Anacortes - Sidney with Washington State Ferries. There is a bus from Sydney to Victoria, as well as from Seattle or Bellingham to Anacortes.

Seattle - Vancouver with Amtrak, Boltbus, Greyhound, Quickshuttle or Cantrail. Some of them stop in between in Bellingham.

Bellingham - Sumas with WTA, on foot across the border, approx. 600m. With BC Transit from Huntingdon on to Abbotsford Central.

Wenatchee - Omak - Oroville - Osoyoos. Oroville - Osoyoos are only 11km. Taxi, Uber ($ 20) on foot (2h) or hitchhiking. Amtrak also runs as a thruway service to Omak. Connections fit so that you can be there in a day. Wenatchee has train and long-distance buses, BC Transit runs between Osoyoos and Kelowna, and Mountain Man Mike’s go to Vancouver or Nelson once a week.

East Glacier - Waterton - Calgary seasonally in summer with airport shuttle, East Glacier has an Amtrak station. EXPENSIVE! Uber from Lethbridge may be an alternative.

From Shelby, Montana (has Amtrak Station or can be reached by bus from Great Falls) by county bus to the border, 4x a week. Cross the border on foot. From Milk River in southern Alberta there are 2x a month to Lethbridge, from where regular intercity buses run by Red Arrow Coaches. Unfortunately, there is still 20km between the border and Milk River, either by hitchhiking or on foot. Taxi from the border to Lethbridge costs 105 CAD, Uber is also available here.

Fargo - Grand Forks with Jefferson Lines. 1x a week with Pembina County Transit to Pembina. From there by taxi to Winnipeg (approx. 80 CAD).

Winnipeg - Grand Forks with Fehrway Tours (1x per month, probably only works in one direction)

Winnipeg - Reminder with Casino Bus to the Shooting Star Casino, twice a month. There are buses from Mahnomen to Detroit Lakes, from where Jefferson Lines and Amtrak trains run. Probably only works in one direction.

From Bemidji to International Falls with Arrowhead Transit, 1x a week. Cross the bridge on foot (1km). From Fort Frances drive Ontario Northland to Winnipeg or Thunder Bay. Jefferson Lines runs from Minneapolis to Bemidji.

You cross the border with the bridge bus. From Sault St. Marie, Ontario with Greyhound towards Toronto or Thunder Bay or with Ontario Northland. On the American side from Milwaukee, Chicago or Detroit with Indian Trails.

Flint - Port Huron with Amtrak or Detroit - Port Huron with Trailways. Cross the border by hitchhiking or taxi - no longer permitted on foot. Cyclists are apparently being driven over, which may also apply to pedestrians. Sarnia - Toronto by Via Rail.

Detroit - Windsor Tunnel Bus, also the only way bikes can cross the border in Detroit. From Windsor, continue towards Toronto by rail or bus.

Still under construction, completion expected in 2024. Cycling and walking will be allowed, in contrast to the existing Ambassador Bridge.

New York - Toronto with Greyhound or Megabus, both also stop in Syracuse, Rochester and Buffalo

Buffalo - Fort Erie on foot, not possible until 2019 due to construction, apparently one will be driven over during the closure. From Fort Erie you can travel on with Greyhound or Megabus.

Whirlpool Bridge closed to pedestrians since 2001.

Buffalo to Niagara Falls Rainbow Bridge with Niagara Frontier Transportation, then cross on foot. This is the only one of the three bridges in Niagara Falls that can be crossed on foot. From Niagara Falls Ontario you continue with Greyhound, Megabus, Via Rail or GoTransit.

With St Lawrence County Transit from Canton to Ogdensburg, for a small fee, the bus will probably make a detour (max. 2 miles) so that you can get to the bridge. From Johnstown Ontario on the other side, Greyhound travels to Ottawa and Kingston. Unfortunately, crossing the bridge on foot is no longer allowed, hitchhiking would be an option. One tries to start a ferry service as an alternative. Syracuse to Canton with NY Trailways, to Ottawa would be possible in one day according to the schedule.

Take the Trailways bus to Hogansburg (the stop is at the casino), and from there a taxi to Cornwall, ON - approx. 8 miles. From Cornwall there are buses and trains in all directions, e.g. Ottawa or Montreal.

Alternatively, use St Lawrence County Transit from Canton or Massena to the St. Lawrence Center Mall. From there to Cornwall it's another 14 km. The Seaway Bridge can be crossed on foot. Taxi is also an option here.

New York - Montreal with Amtrak, Trailways or Greyhound, they all stop in Albany on the way.